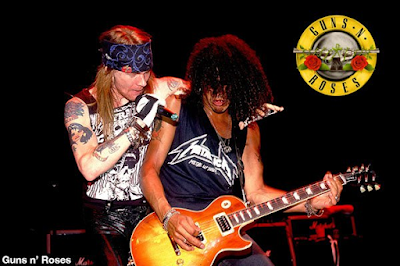 I stumbled onto something pretty cool last night. An acoustic set performed by Guns N' Roses in October of 1987, about 3 months after the release of their now-classic album, Appetite for Destruction. Rather than performing the huge hits off of their debut album they used this opportunity to test out some new material, including a little song called "Patience". Check out the video below!

Posted by DailyBOOM at 5:00 AM