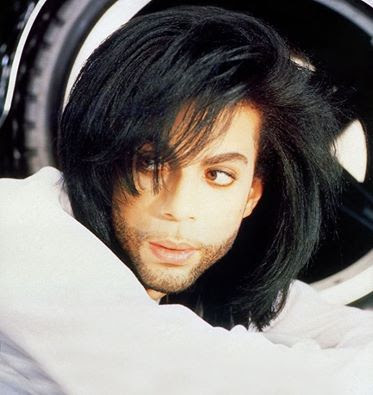 Love if you're there come save me
From all this cold despair
I can hang when you're around
But I'll surely die if you're not there
Love come quick, love come in a hurry
There are thieves in the temple tonight
I feel like I'm looking for my soul
(Soul)
Like a poor man looking for gold
(Gold)
There are thieves in the temple tonight

Do you remember Graffiti Bridge, the Prince film from 1990? Honestly, neither do I but the soundtrack to it is pretty great.  It was also our official introduction to his then-new backing band, The New Power Generation. "Thieves In The Temple" was one of the best songs off of it and it charted very well as a single, hitting number 6 on Billboard's Hot 100 in the summer of 1990.

The song lyrically featured Prince reflecting on a dishonest relationship with a nugget of spirituality thrown in for good measure. As for the beat, well the remixes of "Thieves In The Temple" still are fire. I remember the video debuting on MTV and it being a really big deal because it represented a brand new Prince. New look, new sound and a new band to help pull the full package together. The choreography in the video was pretty tight too. Check it out for yourself below!