Daily Boom 90's Nostalgia: Salt-n-Pepa - 'None of Your Business' 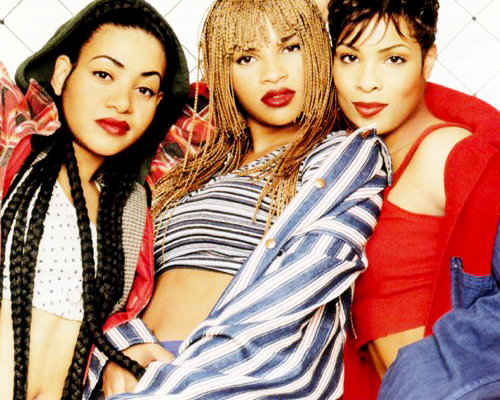 "Now who do you think you arePuttin' your cheap two cents in?Don't you got nothin' to doThan worry 'bout my friends? Check it...I can't do nothin', girl, without somebody buggin'I used to think that it was me, but now I see it wasn'tThey told me to change, they called me names, and so I popped oneOpinions are like assholes and everybody's got oneI never put my nose where I'm not supposed toBelieve me, if he's something that I want, I'm steppin' closer"

When I think back to 1993 I immediately think of Salt-n-Pepa. They really set the bar for women in music at that point in time. Gone was the spandex and 80's clunky jewelry. They were grown. Mothers, wives, and women who had kind of just arrived. MTV couldn't get enough of them and neither could radio stations across the country. They were blunt, owned their sexuality and challenged women to step up and take what they deserved in life.

They were powerful women looking to inspire other women and it worked.

Every video hit hard. The message of finding yourself and your inner confidence was the thread that ran through every song on Very Necessary.  "None of Your Business" has always been my favorite Salt-n-Pepa song from this era. I remember the video playing a lot and it was one of my very favorite songs to play on college radio at the time. Total anthem.