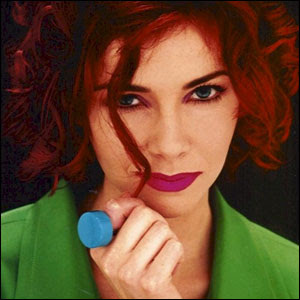 I was on Facebook yesterday and saw a posting that reminded me of a long-forgotten song. "C'Mon and Get My Love" was the track that introduced us to Cathy Dennis way back in 1989.

This thing was a club kid's dream and Dennis had a string of hits off of her Move To This album, all in a pretty similar vein. She released a follow up a few years later and then appeared to disappear from the charts. While she's not front and center onstage now Dennis has actually had an extremely successful career writing and producing pop songs. She is responsible for penning such tracks as Kylie Minogue's "Can't Get You Out of My Head" and Britney Spears "Toxic".

Dennis has worked with just about every major pop princess within the last 15 years, but check her out here in her video debut.