Yes, this is a repost. I'm currently moving my office and BOOM! won't be fully back to business until tomorrow. In the meantime, if you missed this one then check it out now! 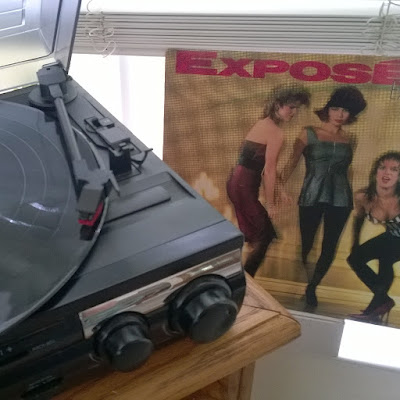 By now you all know that nearly every pivotal moment of my life (and all of the in-between seemingly meaningless ones too) seems to have a musical soundtrack. I think I drive people nuts because so many songs remind me of.... whatever...and then I tend to share that whatever. Thankfully, in the moment people pretend to like my momentary throwbacks. While so many songs connect me to things there really aren't that many albums as a whole that have had the same effect. I tend to cherry pick but for whatever reason, Exposé's Exposure made a real impact on my 16-year-old self.

Way back in 1987,  I was a total hair band loving headbanger by day, complete with the Aqua Net in my purse, fringe jean jacket and cloroxed jeans but I was also about 30 seconds from morphing into a club kid (it actually happened in 1988, hello Dance Party USA anyone?). I would creep the mall on Saturday nights and then come home to listen to Open House Party (I used to have my dad start the cassette tape to record it & then flip it 45 minutes in for me because being a DJ, he was meticulous with that stuff.) mainly because of all of the club tracks that they played. 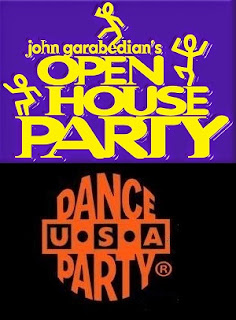 Before Exposé broke through on mainstream radio they were bumping on the dance charts and I thought that "Come Go With Me" was like, the coolest thing ever.  I loved the Latin influence and eventually ended up buying the extended dance mix, probably hiding it behind my Whitesnake album or something at first.

Exposé had a string of dance hits off of Exposure, songs like "Let Me Be The One" and "Point of No Return" were now getting tons of radio play and MTV had their videos pretty much on loop. I was also totally jealous of Jeanette Jurado's naturally huge hair and anyone that spent forever in front of a mirror with a blow dryer and a can of hair spray totally understands why. 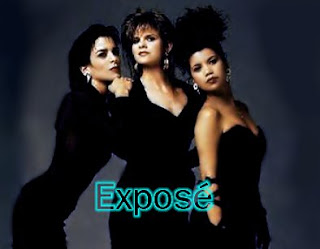 "Seasons Change" became the ladies first number one song on Billboards Hot 100 and it finally prompted me to break and buy Exposure once and for all. While I remember music I rarely can actually take myself that far back in time to remember crazy details, but I do remember flipping this cassette from one side to the other for hours at a time.

If you've never actually listened to the entire album then you've missed out on one of the best ballads of the 80's that was never marketed as a single, "December".  It's the very last song on Exposure and as luck would have it I was actually going through a weird breakup at the time and the lyrics totally fit, right down to the month. Perhaps that's why these ladies have stuck in my head for all of these years.


Here's the irony, if someone had told my 16-year-old self that a few decades later I'd interview and connect with these women for real I would never in a million years have believed it. Never. They still are out there touring you know. This was just a few nights ago and they might actually even be better now than they were way back then. 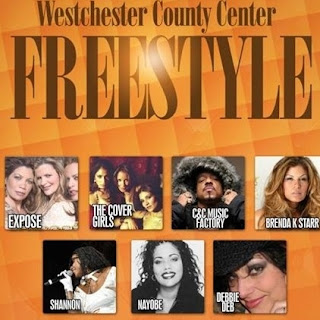 Aside from taking you back in time there is kind of a weird moral to this story folks and that is that we really have no idea what will happen down the road. So many things in life end up coming full circle, sometimes it just takes decades to get there. Exposé's New York family is a pretty amazing group of people and I feel pretty damn lucky to be a part of it. 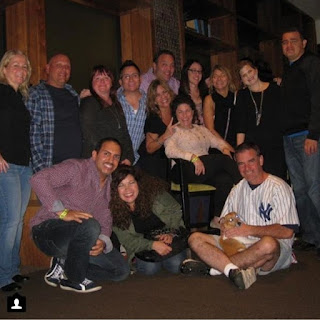 I guess this is where I should give you a "Come Go With Me" throwback but instead I'm going to give you the ladies killing it last weekend. Enjoy.

Posted by DailyBOOM at 2:30 AM