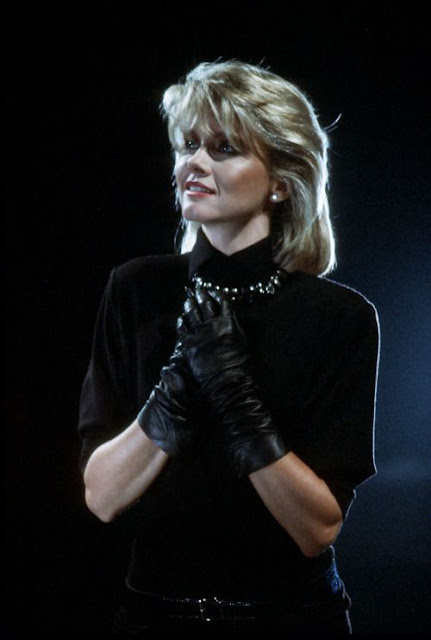 Do you remember when Olivia Newton John and John Travolta teamed up onscreen a second time and the result was nothing like the critical acclaim that Grease received?  The film, Two Of A Kind was released in late 1983 and while everyone loved Newton John and Travolta together years earlier, this movie bombed pretty badly. Critics and fans alike weren't buying the far-fetched plot line of 4 angels persuading God not to wipe out the planet earth in favor of a do-over. Even Newton John and Travolta couldn't save this one.

What was good from Two Of A Kind is the soundtrack. "Twist Of Fate" was the first single off of it and it helped Newton John's hot streak to continue. It was a top 5 hit on Billboard's Hot 100 and it quickly became the most memorable part of Two Of A Kind. Check out the video below. This was when Newton John was still working hard to escape her good-girl image.