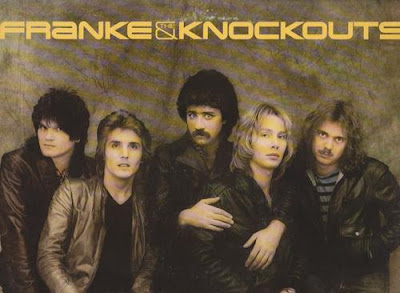 
"Sweetheart" by Franke & the Knockouts is one of those songs that I remember loving but I knew absolutely nothing about. It ended up on my Discover playlist that Spotify hand-picks for each user every Monday. This song was a top-ten Billboard hit for the New Jersey group way back in June of 1981. Franke & the Knockouts eventually put out two successful albums and had a few singles before splitting in 1986.

This is where it gets pretty cool, Tico Torres moved on to play drums for none other than Bon Jovi and lead vocalist Franke Previte's writing talents were honored a few years later. He contributed two tracks on the Dirty Dancing soundtrack, Eric Carmen's "Hungry Eyes" and the infamous "I Had The Time Of My Life". The later actually earned Previte an Academy Award for Best Original Song.

Before those great accomplishments came "Sweetheart", complete with chest hair, glitter and (not so) slick dance moves!