Daily Boom Lost Hit: Mötley Crüe - 'You're All I Need' 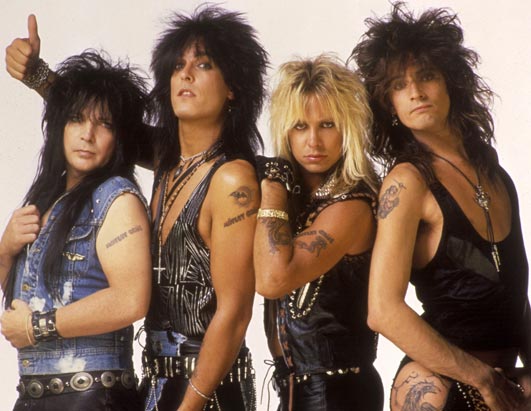 "The blade of my knife
Faced away from your heart


I gave my blood and my tears

When it comes to power ballads, Motley Crue was deadly serious when they released "You're All I Need" . It was originally written by Nikki Sixx for a girlfriend that he believed was cheating with soap star, Jack Wagner. He handed her the lyrics and never intended to turn it into an actual song but the rest of the band had another idea. They rallied for it to be included on their Girls, Girls, Girls album and won.

I remember when the video for "You're All I Need" was about to drop because MTV immediately banned it. It was filmed in black and white and showcased a young couple fighting violently until the woman is eventually killed. The Crue have always maintained that stories on the 6pm news are far worse- and they are. But I have to say, even in 2017 this video jolted me. I know that it horrifically plays out in homes all over the world and that's simply a fact. But the way that this was shot, it makes it all feel very real. You can pick up the emotional rawness in it and I think that's why it was banned.

In the 80's music relied heavily on videos to sell records and I think that the reaction to this one caused the song to stall out in the bottom half of the top 40 on Billboard's Hot 100. Check out the video below. Do you remember this?