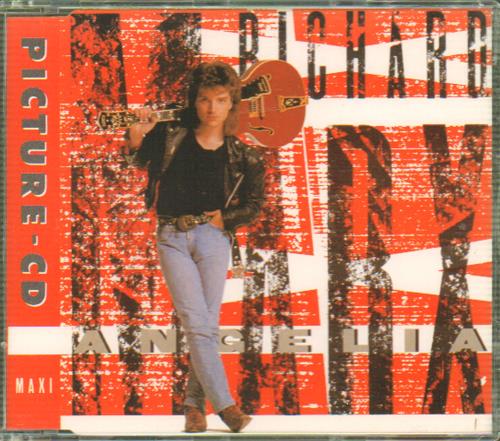 "Memories of you and me
Tumble inside my head
The way that we used to be
Things that we said
No one has ever made me believe so strong
You left me to wonder
How did our love go wrong
Angelia
Where you running to now
Angelia
Got to make you turn around."


I think that Richard Marx's "Angelia" ends up being a bit of a lost hit- not that it wasn't popular. The song went to #4 on Billboard's Hot 100 in 1989, it's just that I think some of his other songs have appeared to be more memorable to the masses. But for me, it has always been one of his very best. There's a kind of cool story about it too. Apparently, "Angelia" is Marx's favorite song off of his second album, Repeat Offender and he fashioned it off of the riffs from Def Leppard's Hysteria and Pyromania albums. What's ironic is that after "Angelia" was released Def Leppard then came back and used its' musicality to inspire "Have You Ever Needed Someone So Bad".

Pretty cool how the sound came full circle between both artists. I've just always loved the sound and I remember loving the video when it was first released. It just had a different, more grown-up vibe to it that I really still love. Check it out below!
Posted by DailyBOOM at 12:30 AM