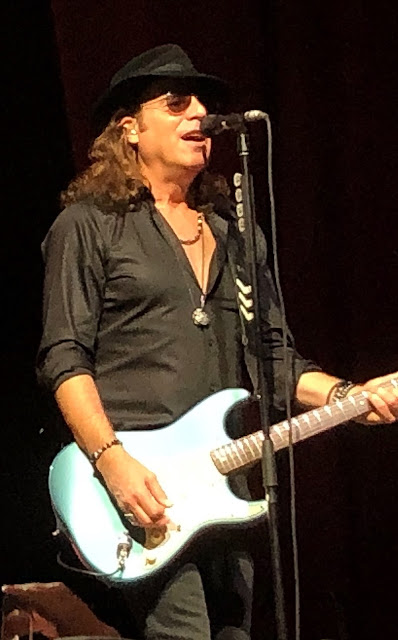 Chances are that if you're a rock fan you already know who multi-instrumentalist Tom Gimbel is. He started playing the drums as a young child and eventually that early rhythmic base turned him into the musical virtuoso that he is today. After touring with Aerosmith for several years beginning in the late '80s, Tom joined Foreigner back in 1995 and has loved every minute of it. The band puts his talents to great use and in any given show you'll see him moving effortlessly between guitar, keys and of course that magical saxophone.

Foreigner kicked off their Juke Box Heroes Tour with Whitesnake and Jason Bonham's Led Zeppelin Evening earlier this month and I was fortunate to steal a few minutes of Tom's time before the Jones Beach, NY show. What ensued was a conversation over coffee and blueberry muffins (although miles apart) that was sprinkled with serious laughter. The only thing more entertaining than Tom's playing might just be his personality. He is clearly the guy that makes friends with everyone in the room- but only if he wants to. 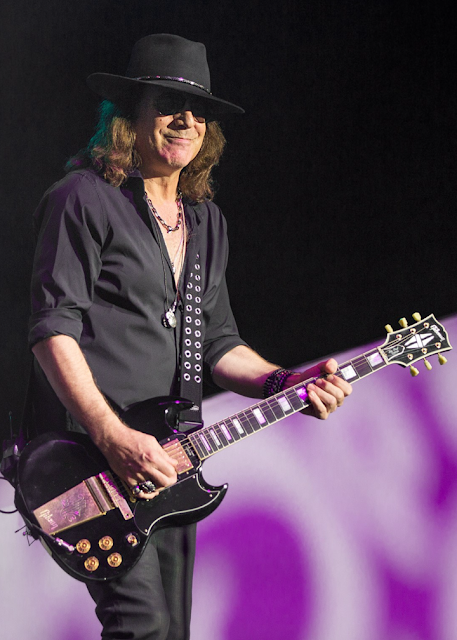 Cate Meighan: So, you're one week into the Juke Box Heroes Tour, how is it going so far?
.
Tom Gimbel: The shows have been beyond our wildest dreams. It's so good and we're having such a great time. We're with two other bands, Jason Bonham's Led Zeppelin Evening and Whitesnake.   Jason Bonham was in Foreigner as our drummer for about three years and we just toured with his band last year so they're a ton of fun and we've known the Whitesnake guys forever.  It's like being in rock n' roll band camp on the road, like a little fraternity (laughing). It's just a fun summer tour with really spectacular staging and wonderful weather so far. Mick Jones is on top of his game, Kelly Hansen (lead vocalist) is singing as well as ever and everyone else sounds great so we're having the time of our lives.

CM: What defines a great show for you?

TG:  I think it's when the band is really clicking together. There's honestly never a bad night for us. We have good nights and then we have great nights. A lot of times it's the sound on stage like if you get on a cement floor the sound can be harsh and brittle. The way the room is designed and the energy of the crowd, everything contributes. When the sound is good and we're all grooving because the audience is into it, those are the ingredients for a great night.

CM: When you were younger did you ever see your career unfolding the way that it has?

TG: When you're young you have all these dreams of fame and fortune. I was never so interested in fame, but fortune? Well, that was interesting (laughing). I really hoped and believed that if I worked super hard and had a little bit of luck, good things would happen and that's really still my feeling. I work hard and hope for the best, and the good things have been pretty consistent.

When you're young and you just want to be a musician, you really don't think about what you'll be doing this many years later. Or if you do you think you'll be a billionaire, retired by the pool, racing horses or something (laughing). In actuality, the world has changed and real-life rolled in and that important music kind of became free. The world changes and you just adapt to things. The CD business kind of crumbled and people are acquiring music in different ways so you have to think of other ways to create income. That's why you see guys starting their own tequila company, coffee line or hot sauce. 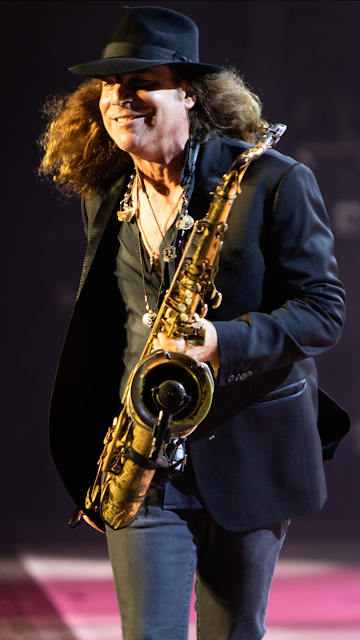 The emphasis is also now on live music and that really fits the bill for me because it's my favorite thing. I love to play with the audience and have good interaction. When I watch my favorite bands I go to YouTube so that I can watch them play live. I still love the albums and want to have both, but when it comes to The Beatles, Al Green or Marvin Gaye I want to watch them play live, that's my thing. I never got to see The Who play live but I can watch their concerts from 1972. You know it's nice to just go back in time and visit with them and see how they gelled right there onstage.

CM: What is it that keeps you out there performing after all these years?

TG: It's the music for sure. I love playing rock guitar with a drummer, that's my favorite thing to do and then I love singing on top of that. Playing the saxophone and just being able to wail away on "Urgent" is about as much fun as you can have. This is what we all are looking for and it's what you work towards as a musician, so when the summers come around touring is just what we do. 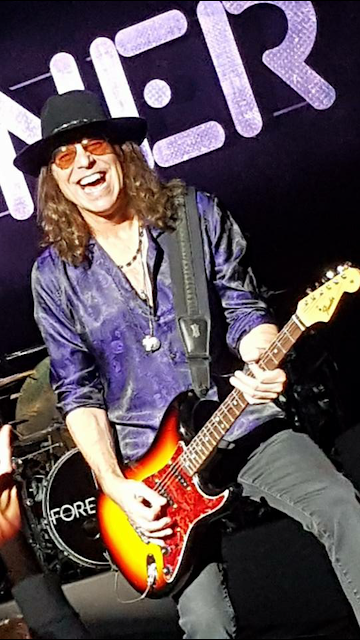 CM: What do you do to keep that musical spark lit for yourself?

TG: I'm always working on little projects. They recently did something with the wireless units and so we can't use the same frequencies that were once used for the microphone that is on the saxophone. That meant we had to get all new wireless stuff and that meant that we can no longer use the mic that I like, so we're shopping for microphones and I've had to try other ones. When it finally sounded good again I was so happy. I'm always looking for a magical reed for my tenor sax because it can make a drastic difference the way that the sound just jumps out of the saxophone big as a house.

There's always something to keep me inspired. I'll be looking at guitars online and then I find the same thing on eBay and think 'oh, I've gotta buy that quick before somebody else gets it". There should be a parental safety measure that stops you from being able to buy things after midnight. (laughing). I have storage space filled with things I thought I might need. It's okay though because it keeps me out of trouble.

CM: You're not a planner are you?

TG: I definitely go with the flow. I've never been a planner, I'm like one step at a time, no wait, two toes at a time (laughing). I'm really a linear person so I do things one step at a time in a sequence. It has worked for me and I like who I am now. I think we get more comfortable with ourselves as the years go by. When you're young you're always trying to prove something to somebody. Growing into your own skin is the best benefit of getting older.

CM: You've mentioned a few times how much things have changed over the years and with that change comes an onslaught of not so positive things, what is something that kind of eats away at you?

TG: I think it's a travesty that music programs are being taken away in the schools. Music was not only the best part of school for me but it probably kept me in school. Music was my motivator and I think a lot of kids might find themselves in that same situation, with music being the one thing that they like. It keeps kids out of trouble. We often bring choirs from local high schools on stage to sing with us. We tell people to talk to their board of education or school administrators to see if they can somehow help because these programs are being just stripped away. These kids haven't done anything wrong but they're being punished and losing something they need. It's really sad for the kids and we need to work together to save the music and other creative programs.

CM: You've got so many good things going on is there anything missing from your life at this point?

CM: What would you like to say to the fans that have supported you for so long?

TG:  I want to thank the fans for coming out and rocking with us and we'll continue to do this for as long as they want us to. We're so grateful. The stuff that Mick Jones has written with Lou Gramm has just held up so well that it's really timeless. I get a huge charge out of playing music with other musicians, but when you add the audience in then the element of excitement is palpable. I think the audience is the secret ingredient that connects it all and really makes it work. People sing and dance, stomp and swear, whatever. It's all an outlet and that's what a rock concert is supposed to be, it's therapeutic. Where else do you get to yell and scream in public- it's like primal scream therapy only cheaper (laughing) and you go home feeling so much better! 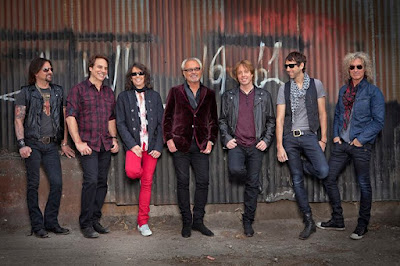 Posted by DailyBOOM at 1:00 AM