Will Taylor Swift Move in with Calvin Harris? 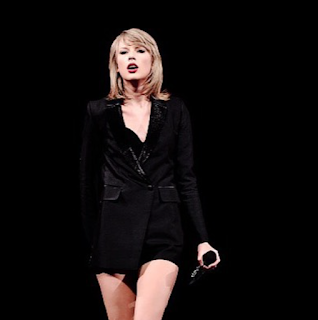 After a bit of a self-induced dry spell in the love department, it looks like Taylor Swift has found the real deal with Calvin Harris. The couple might be in the early days of their relationship but sources close to both have confirmed that things between them have heated up very quickly. In fact, so fast that several rumors have circulated in recent weeks that Swifty and her new man are already thinking of moving in together. So far, it seems like there is no truth to this notion.

In fact Hollywood Life has confirmed that sources close to the duo insist that although they are very happy together, no real thought has been given to actually moving in together. Swift and Harris both are in the middle of two very successful careers that keep them quite busy and they are currently enjoying spending time together whenever their schedules allow for it to happen.


Perhaps this is a smart move for Swift, who has admittedly not exactly had the best luck in the romance department in the past. In fact her first few albums were filled with songs written about her failed romances so I almost have to wonder what she will produce if she ends up getting her version of a happily ever after with Harris. Is Swift wise to take things slow with Harris rather than trying to force a full blown serious relationship- something she has been guilty of in the past? Tell us your thoughts in the comments below!
Posted by DailyBOOM at 8:23 AM