Should WWE Have Fired Hulk Hogan for Repeatedly Dropping the N-Word? 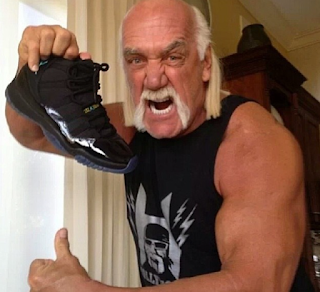 It certainly hasn't been a good week for wrestling superstar Hulk Hogan (real name Terry Bollea), has it? A few short hours after word broke that a racist rant by Hogan was about to be released to the public it was also confirmed that his contract with WWE was in fact already terminated. Perhaps the most interesting part of this whole story is the fact that it's shocking since as recently as 2012 Hogan was using racist language in radio interviews!

In recent years, WWE has embarked on a mission to clean up their reputation and to become an organization that is tolerant of all kinds of people, regardless of their heritage or personal background. In doing so, the bar has been set incredibly high for anyone affiliated with the brand and in serious instances, your first serious strike is also your last. They have also paid close attention to their female audience and their Total Divas reality show is a runaway hit on E! Clearly, quickly releasing Hogan was to show fans and their employees alike that it doesn't matter who you are , if you don't live up to their moral code then you're gone.

Hogan, for his part issued a public apology saying, “Eight years ago I used offensive language during a conversation. It was unacceptable for me to have used that offensive language; there is no excuse for it; and I apologize for having done it. This is not who I am. I believe very strongly that every person in the world is important and should not be treated differently based on race, gender, orientation, religious beliefs or otherwise. I am disappointed with myself that I used language that is offensive and inconsistent with my own beliefs.”

Do you think that he's actually sorry for making the statements? Or is it more like Hogan is sorry that saying these things cost him his job and may have tarnished his place in WWE history? Do you agree with his firing or do you think that he should have been issued a warning first? Tell us your thoughts in the comments below!

Posted by DailyBOOM at 9:07 AM