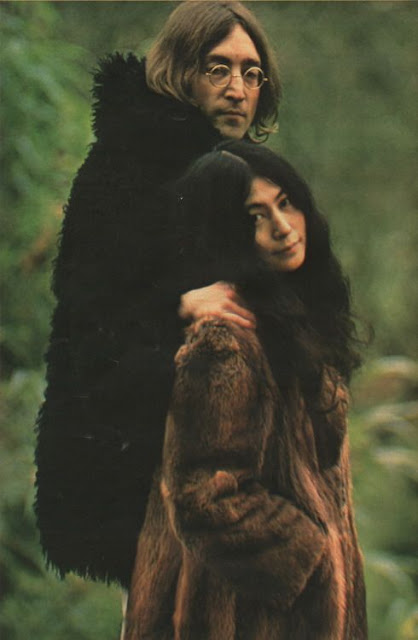 Our life together is so precious together,
We have grown - we have grown,
Although our love is still special,
Let's take our chance and fly away somewhere alone


I was nine years old when John Lennon's "(Just Like) Starting Over" was first released and it's actually one of those songs that really does stick in my head. It was really popular for several weeks leading up to Lennon being gunned down outside of The Dakota in NYC, but it shot to number one and stayed there after his death. I was a really young Beatles fan so of course, Double Fantasy was on my turntable and after Lennon's death I think it was all that I listened to for a long time.
You have to remember, back in 1981 the only way that we got our info was via the news or newspaper so at that time, people really clung to what little they had. In this case, it was Lennon's new songs that he would never get to perform live and the next phase of his love affair with Yoko Ono that would never happen. So many people criticized their relationship but obviously there was something about this woman that made Lennon decide to completely change his life for the better.
Since New Year's for most of us is about resolving to change pieces of our life for the better, the hope found in the lyrics to "(Just Like) Starting Over" really struck me as pretty appropriate. Lennon wrote of the future that he anticipated and even planned for, just like many of us have done while jotting down those resolutions. The only difference is that most of us will get to live long enough to see them come to fruition (or not), unlike Lennon.﻿