90's Nostalgia: The Scorpions -'When You Came Into My Life' 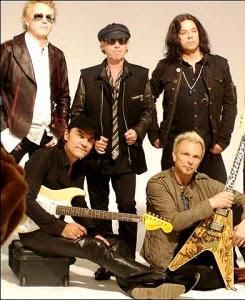 You make me dream
By the look in your eyes
You give me the feel, I've been longing for
I wanna give you my soul
All my life
Cause you are the one I've been waiting for
I've been waiting for so long
When you came into my life
It took my breath away
And the world stopped turnin' round
For your love

When you hear "The Scorpions", songs like "Rock You Like a Hurricane" and "No One Like You" probably first come to mind and why wouldn't they?  The Scorpions are considered heavy metal royalty and they are one of the longest running bands to still grace a stage. Rudolf Schenker and lead vocalist Klaus Meine first teamed up all the way back in 1965 and every album that the German group has released in the last FIFTY years has had their unmistakable imprint on it.

The Scorpions have found success by mixing ballads in with their rock anthems, most of which have been penned by Meine. He admits that many of these songs have been inspired by his wife of 40 years. "When You Came Into My Life" was first released back in 1996 and I think it's one of their best even if not the Scorpions most popular power ballad. Check out the live unplugged performance of it from 2013 below.