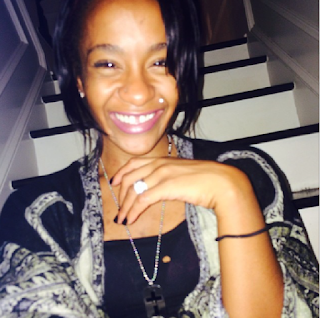 After spending nearly six months in a vegetative state it looks like the sad end might finally be near for Bobbi Kristina Brown. Bobby Brown's 22-year-old-daughter has never regained consciousness after being found in a tub of water on January 31st and the family recently decided to transfer her to hospice where she can die in peace. Yesterday Brown's condition appeared to possibly take a turn for the worse when a white tent was constructed to block the back door of the hospice facility. Shortly thereafter a hearse was seen backing into the secluded area leading many to think that Brown may have finally passed.

This medical crisis has been extremely sad right from the start with various members of both the Brown and Houston families alleging that Brown's boyfriend, Nick Gordon was responsible for her condition. Gordon eventually checked himself into rehab and completed an intensive program. He has relocated to Florida but remains under investigation because Brown had been beaten before she was found in her bathtub. Her estate has also filed a $10 million suit against Gordon alleging all sorts of physical abuse and also they claim that he has stolen from Brown while she lay comatose for months.

Once Brown's family finally came to terms with the fact that she can't possibly recover and decided to let her go there was renewed interest in the criminal investigation because once she does die then murder charges are a possibility. The question is whether or not the Atlanta police have pieced together enough to formally charge Gordon with anything substantial. He recently hired Casey Anthony's attorney to help him wade through the mess so it seems that Gordon is expecting to be hit with something heavy duty.

Do you think that Brown has already died and the family is just waiting to announce it? Tell us your thoughts on this sad situation in the comments below!
Posted by DailyBOOM at 7:51 AM